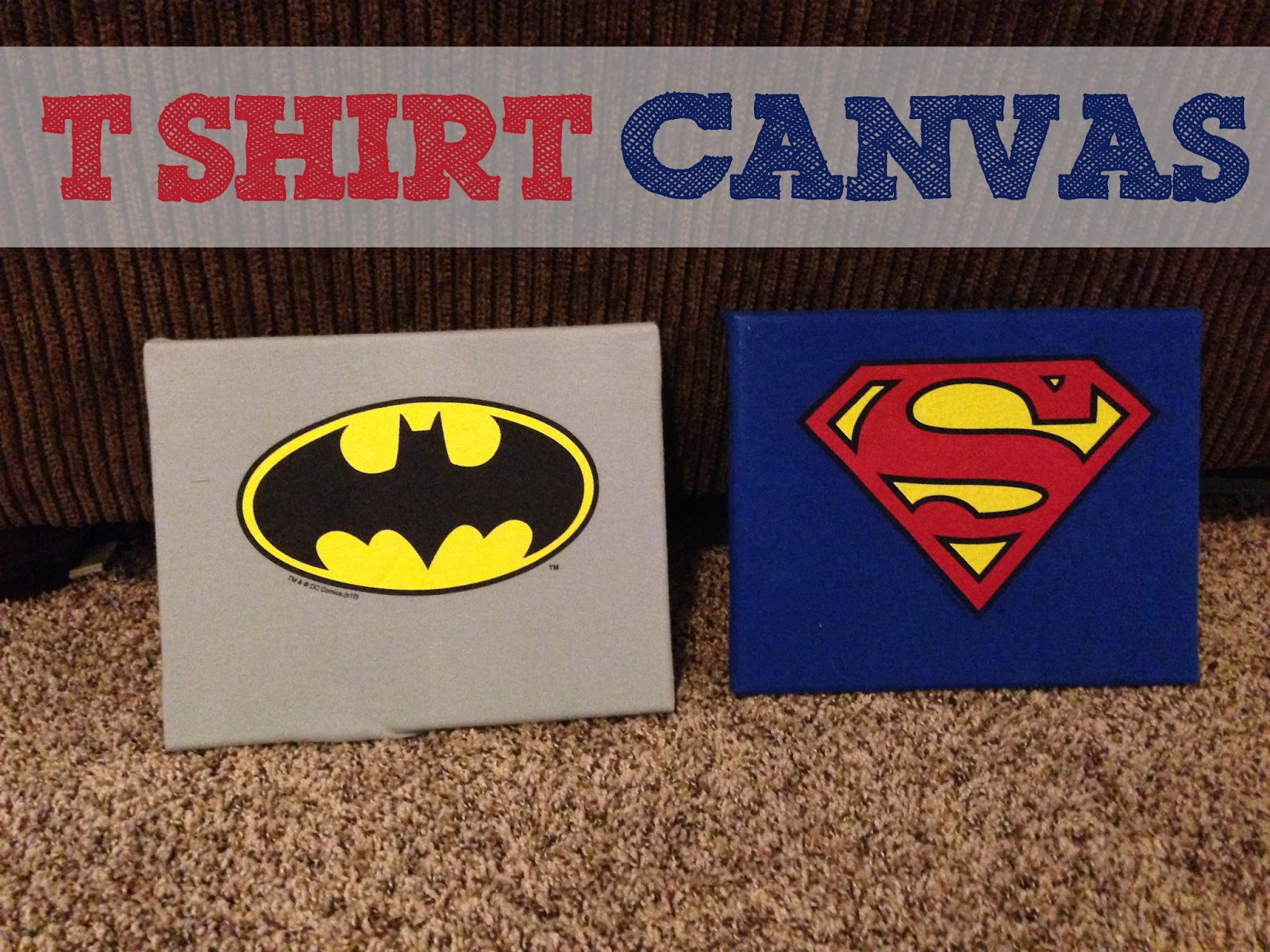 It's winter.  It's cold.  It's dreary.  Maybe, like me, your energy levels feel low, but you feel like you should be doing SOMETHING.  This project might be the perfect project for you.
I have a certain six year old son who LOVES super heroes.  Because of this, we also have several super hero shirts laying around including a few that he outgrew before he could even destroy them.  (This is amazing because Evan is a whirling dervish of destruction.)  These were the cheap Hanes or Fruit of the Loom type shirts.  Amazon had them like four in a set for $8 or so.  I chose not to do all four of the shirts because the other two were super heroes we already had artwork for from a shop on Etsy. 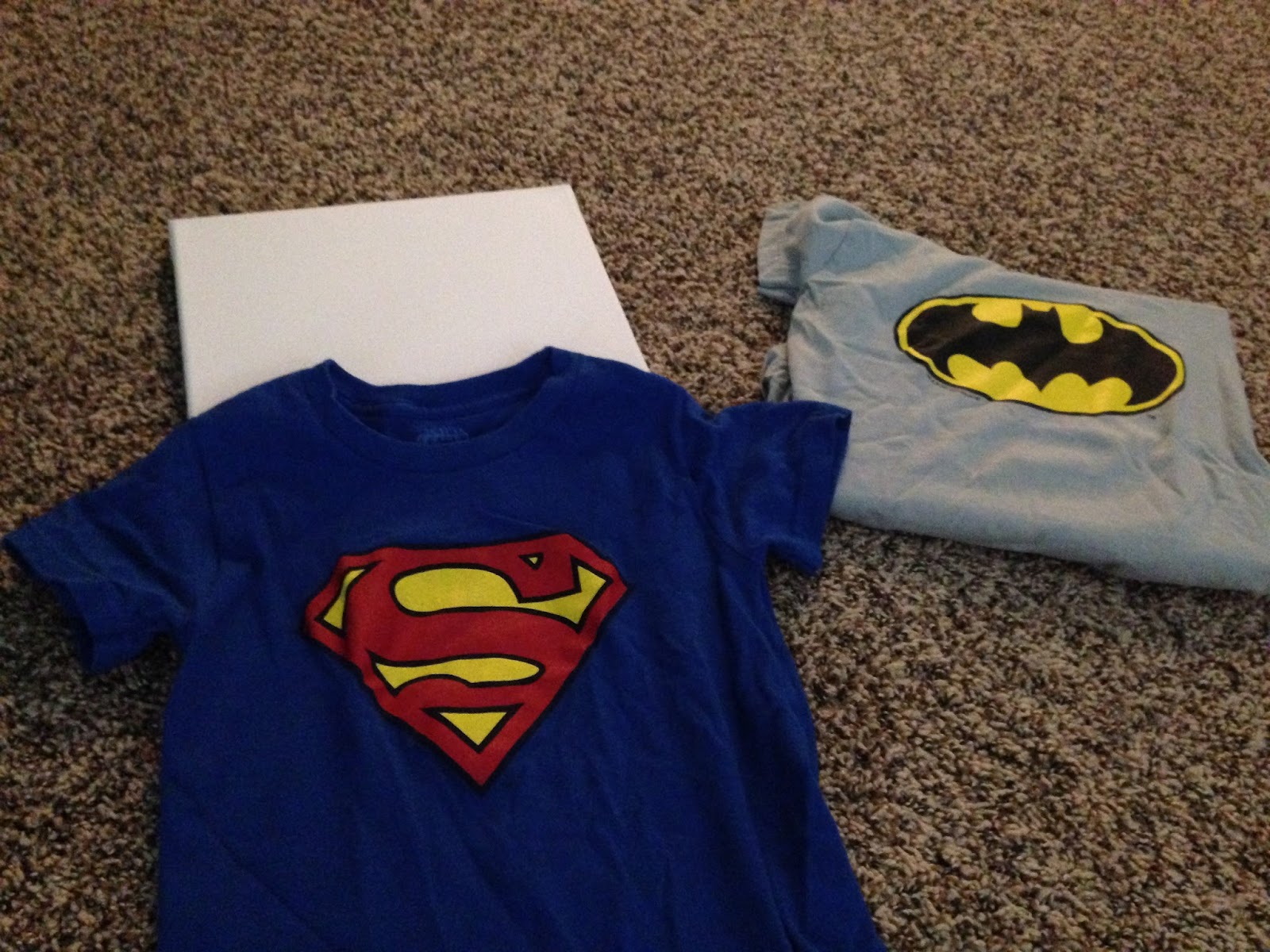 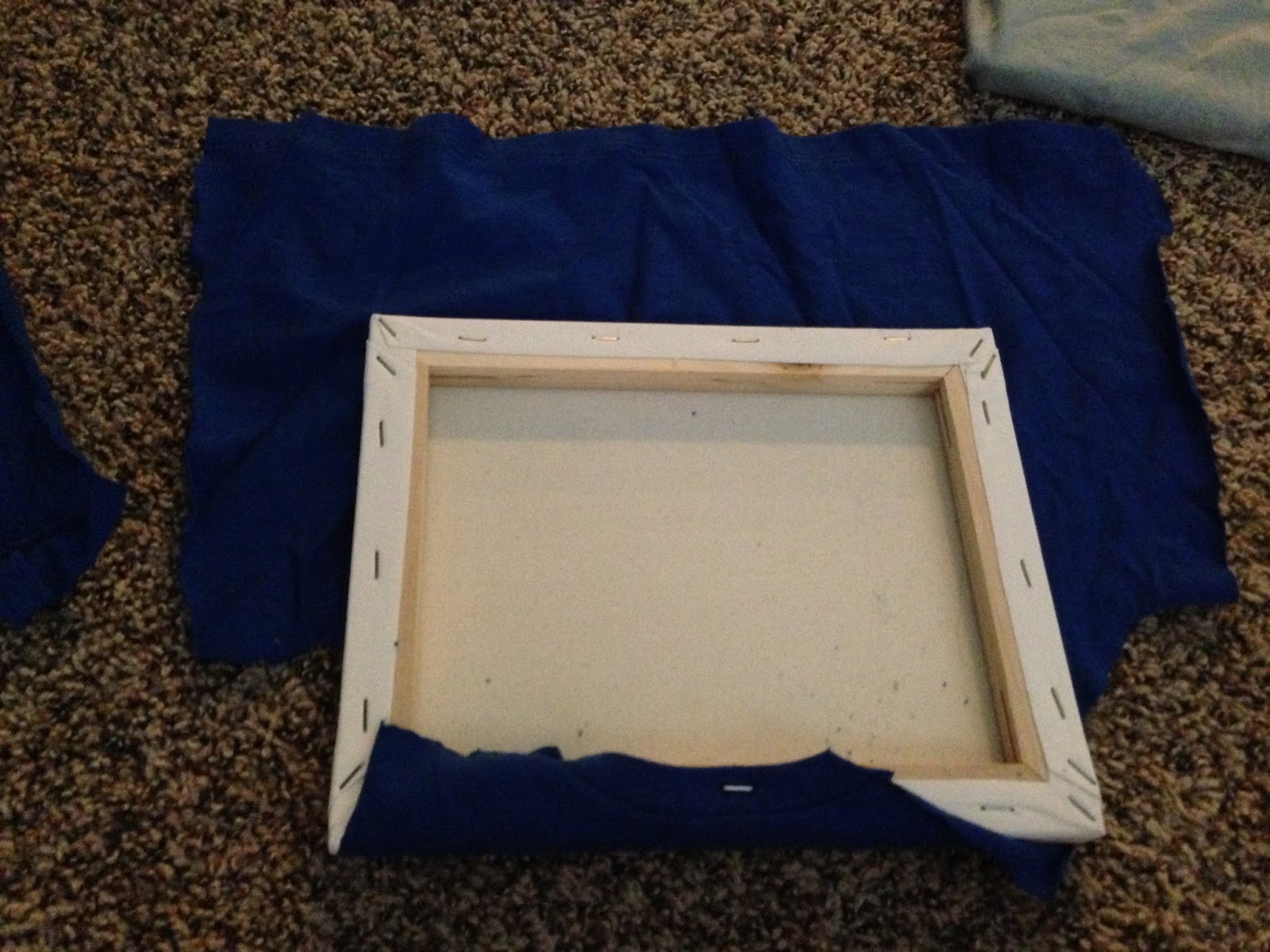 First, I wrapped the shirt around the canvas to center it and see about where I would need to cut.

Upon finishing, I cut off the excess material.   I was a little more haphazard with the Superman shirt than with the Batman one.  The second time went a lot smoother than the first. 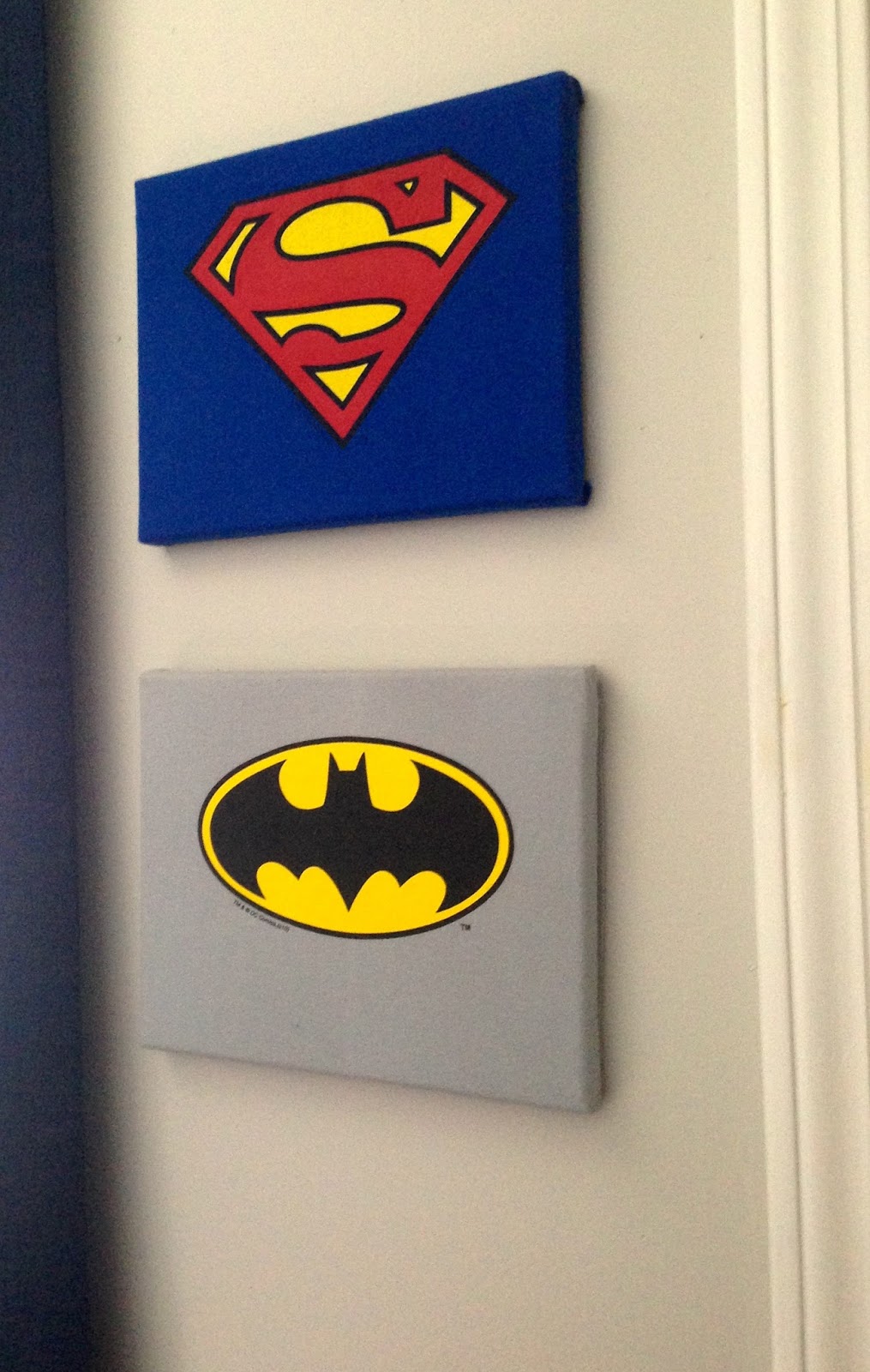