When we sold our old house of 1400 sq. ft., we considered this house a massive upgrade.  One of the main reasons for that is because this house was 1600 sq. ft.  Now, I know 200 sq. ft. might not seem like a lot, but just the addition of the extra bedroom (even at less than 100 sq. ft.) felt like enough.  Then we finished up the playroom and added about 400 sq. ft.  I thought that alone would make me happy to leave the basement alone for awhile.

But, I can't seem to leave any unfinished space alone.  It's winter now, and the kids are everywhere.  I guess so much togetherness over the holidays made me wish for just one more space.  While I had a little extra time, I started taping off spaces and measuring.  Then I started researching and pricing.  Before too long, I had a plan.

So, I present to you, the basement . . . coming soon . ..
The basement is really just a partial basement.  The majority of the foundation is crawl space, but when the house was added onto, a basement was added underneath.  It's about 600 sq. ft. but the layout of the utility rooms (x2 - the well pump on one side and the furnace and hot water heater on the other side) leaves an even smaller L shaped room of about 370 sq. ft.  My original idea was a small closet on the back, but I didn't account for the window in my original drawing drawing.   I

Back to the drawing board.  Now, the storage area is actually going to go from where the steps end all the way to the opposite wall.  The window, which is beneath the deck anyway, will be enclosed within the storage area. 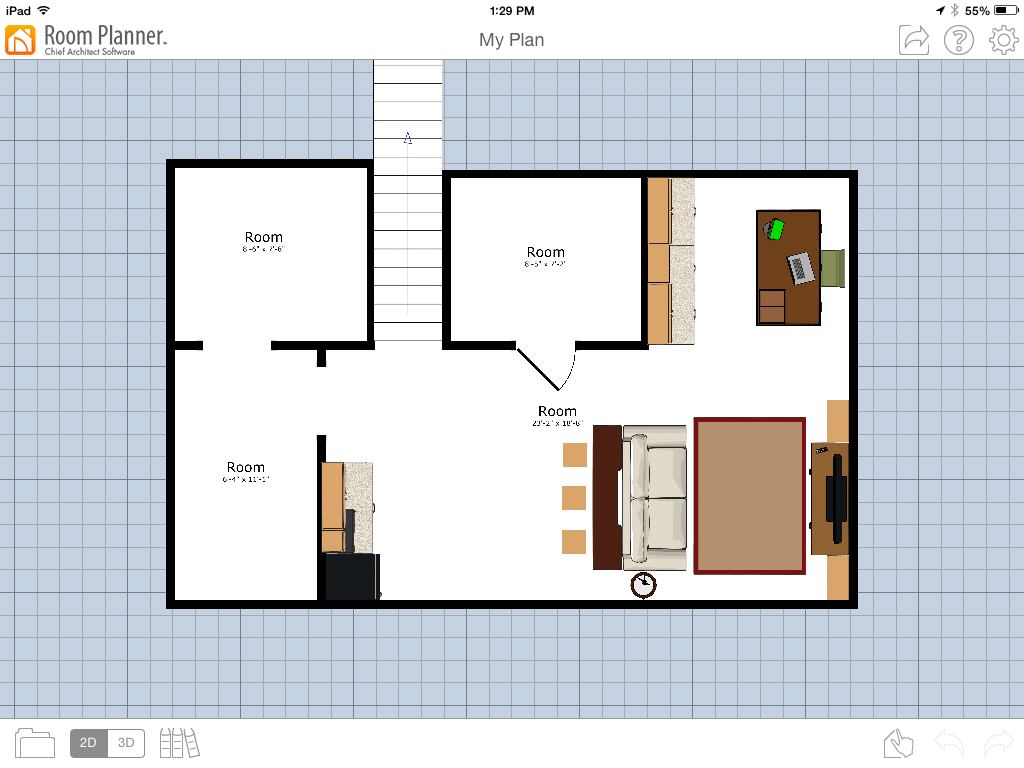 Okay, so I had a rough plan.  Did I mention I've never done any framing before?  Yeah.  So there's that.  That got me started on some additional research, and I came across a website for a product called InSoFast.  Basically, it's framing and foam insulation sheets in one.  Excellent.  Now a lot of reviews on the internet said it doesn't meet the R value, blah blah.  Okay, but, it's definitely better than the current R value of zero down there.  The kids play down there as is, so we're constantly running a little space heater to keep it in the 60s.

It's not CHEAP, but it is easy and that trumps cheap for us.  We have 3 outside walls that need covering with the InSoFast.  The little alcove back wall and the wall behind the desk/tv.  Then the long wall up to the stairs.  That's the finished area.  The other storage and utility areas won't be finished with the InSoFast.  The furnace area won't have any insulation and the storage area will have regular Dow Boards attached to the walls, but no framing.

After measuring around the room and the height to the ceiling, my estimate for the InSoFast panels is about $800.

I have not priced lighting yet or additional electrical (two walls have plugs that just need to be moved down from the ceiling. )  I'll estimate $400.  It'll be recessed lighting because our ceilings are so low, and it will likely be one of the things we actually hire out.

That brings me to the ceiling.  I thought about painting the ceiling, but there are too many ugly wires and pipes that need covering.  Additional research led me to find Ceiling Link which will be about $300.

The floors will be Style Selection Vinyl Planks like in the playroom from Lowes so about $350 for those.

Next up, drywall, which I've also never done.  Woohoo!

I think this is do-able!