Paint, Sawdust and the Dead of Winter

It's the dead of winter here in Northern Michigan.  We didn't get sucked in through some hole when the polar vortex came through so that's good.  The kids are back and school, and E and I are back in school too, but we like to call it work.  Finding time or energy to work on anything home project related during the week is hard, especially the first week back.  There's like this thick, hazy fog you have to work through the first week back after a break. This week is better.

So, I have a lot of projects on my little list.  I'm behind with the January Cure, but we've been chipping away at projects since before the Cure was even posted.  I'll update with what I've gotten accomplished soon.  But the question is:  Why now?  Why in the dead of winter would I want to start painting, sawing wood, etc?  I'm pretty sure my husband has wondered that as well, although he's kind enough to go along with my crazy delusions and only give me the nutso look once in awhile.  He's a keeper.

Well, my THOUGHT was that it IS the DEAD of WINTER.  I kind of thought that I'd do these little projects, they'd keep me busy enough to not realize that it's STILL winter, (because it lasts until May here) and I'd get to enjoy all the improvements until the spring when the showings started blowing up, err trickling in.  I mean who in the world looks for houses in January?  Ehem.

DEAD of WINTER!   I mean, look it, we have to wear snow shoes to get through our yard. 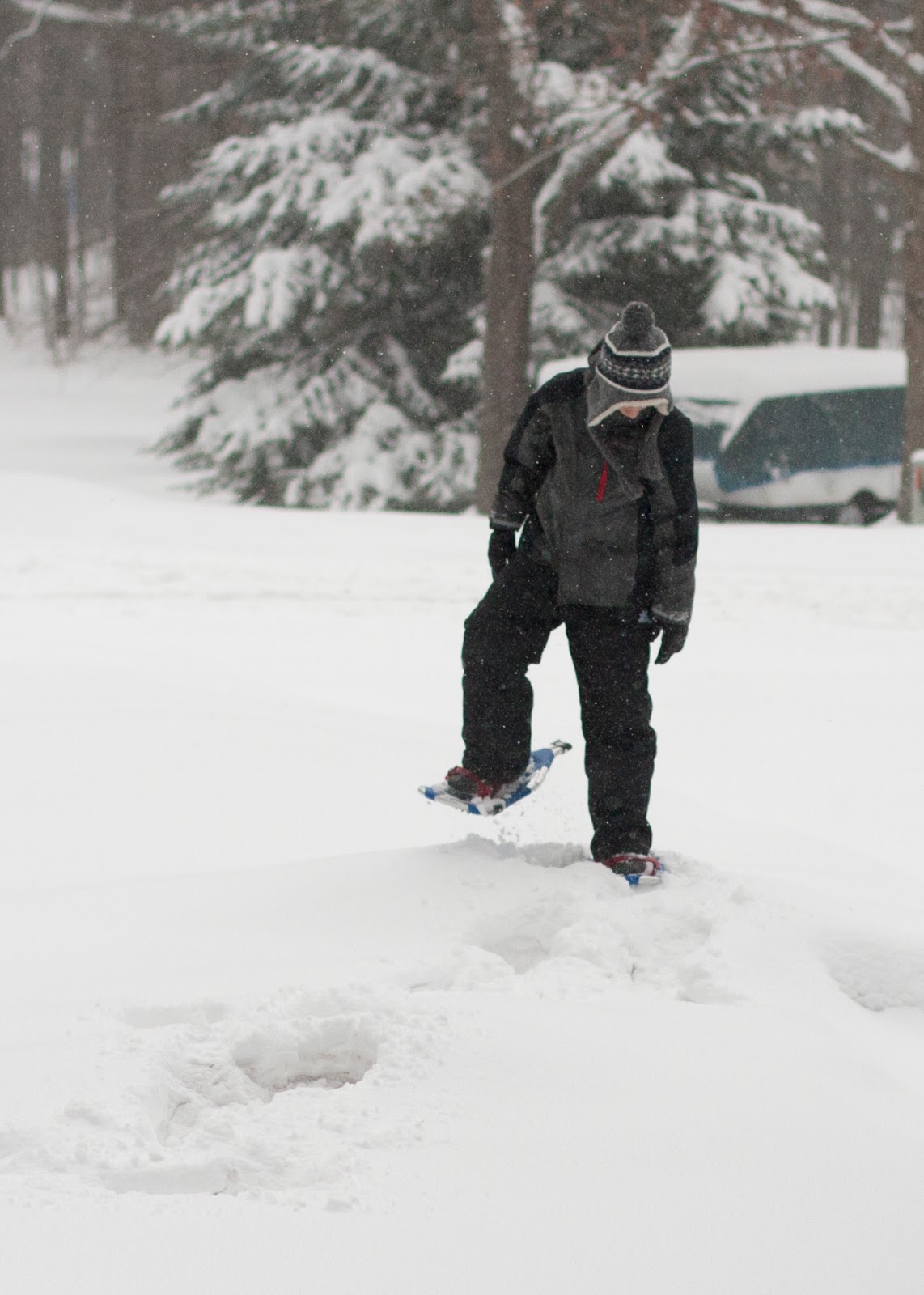 Okay, not really, but you get the idea.  It's cold, the smart creatures hibernate.  My thought process of tearing apart the house was that I'd be able to get it all done before anyone ever wanted to look at it again.

I glanced at my phone after school today.  "Showing confirmed."

In a panic, I send Erick to Ace Hardware to get paint for a bathroom.  It's the first time I let him pick paint by himself.  He did well.   Right after dinner I rushed upstairs and started painting.  Two coats later and our bathroom is now T-Shirt Grey, which isn't as dark as it sounds.  I have a few little finishing touches to do before I post pictures.

Now, I have the kitchen backsplash to finish before the showing as well, which is on Monday.  AANNDD about a thousand things to pick up or stash away somewhere for an hour.

I'm not sure at this point whether I'll jump up and down with glee or scream if our house sells.  Moving in February sounds even more loco than house hunting in January.  That probably means we'll be moving in February...
Posted by Carrie C at 6:52 PM